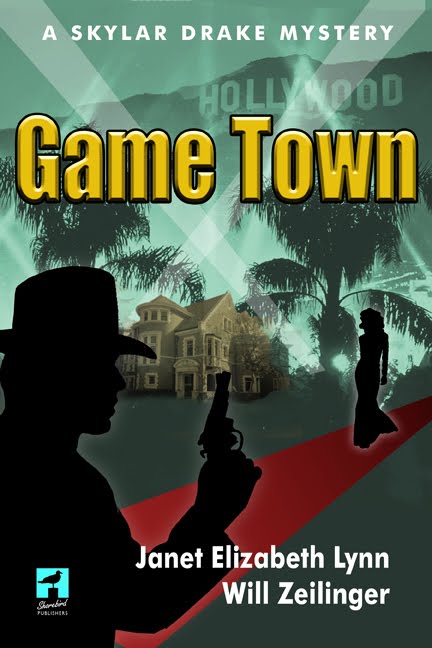 Skylar Drake and his partner are hired as bodyguards for two young starlets. They deliver the actresses home after the Oscar Awards ceremony, but stumble onto the murder of Silver Brovor-Smith, the mother of one of their charges, actress Holly Becker. Drake wonders why the FBI is on the scene when it looks like a simple case of murder.

Drake is now embroiled in the murder investigation of Silver Brovor-Smith. Suspicion shifts between her husband Peter Smith, and Silver’s three older brothers.

At every turn Drake and Dolan are lied to or misled. Kidnapping and mysterious deaths follow them as they weave their way through the maze of Hollywood’s movie and TV backroom deals. The FBI shows up to make sure Drake and Dolan keep the high-profile people involved from becoming front page news.

Drake meets and falls in love with Miss Anne the perfect woman to help him move on with his life. But is she a suspect? Then there is Holly’s friend, the sexy, young starlet Theresa Lee who has her own plans for him.

The letters P-E-G-O seem to appear everywhere, and Drake wonders if they have anything to do with Silver’s murder or her husband’s kidnapping

Follow the detective to Hollywood parties where the forbidden is accepted and the games played are for keeps.

No posts.
No posts.
Home
Subscribe to: Posts (Atom)

Kindle
Nook
Kobo
iPad
All others

When they met it was murder... like a real Hart to Hart. Authors Janet Elizabeth Lynn and her husband Will Zeilinger just released the fifth and final novel in the Skylar Drake Mystery series, GAME TOWN, a hard-boiled mystery set in the 1950s. They have been writing separately for over a decade and may have more Skylar Drake Mysteries in the works.

Janet Lynn
Janet has been writing for 10 years and writes mysteries and romantic comedy. She has traveled to the far corners of the globe for work and pleasure. A semi retired clinical speech pathologist she loves to garden and play with her 5 year old niece Jenny. She lives in Southern California with her husband, Bill.